Abstract
The possible existence of a metastable liquid–liquid transition (LLT) and a corresponding liquid–liquid critical point (LLCP) in supercooled liquid water remains a topic of much debate. An LLT has been rigorously proved in three empirically parametrized molecular models of water, and evidence consistent with an LLT has been reported for several other such models. In contrast, experimental proof of this phenomenon has been elusive due to rapid ice nucleation under deeply supercooled conditions. In this work, we combined density functional theory (DFT), machine learning, and molecular simulations to shed additional light on the possible existence of an LLT in water. We trained a deep neural network (DNN) model to represent the ab initio potential energy surface of water from DFT calculations using the Strongly Constrained and Appropriately Normed (SCAN) functional. We then used advanced sampling simulations in the multithermal–multibaric ensemble to efficiently explore the thermophysical properties of the DNN model. The simulation results are consistent with the existence of an LLCP, although they do not constitute a rigorous proof thereof. We fit the simulation data to a two-state equation of state to provide an estimate of the LLCP’s location. These combined results—obtained from a purely first-principles approach with no empirical parameters—are strongly suggestive of the existence of an LLT, bolstering the hypothesis that water can separate into two distinct liquid forms. 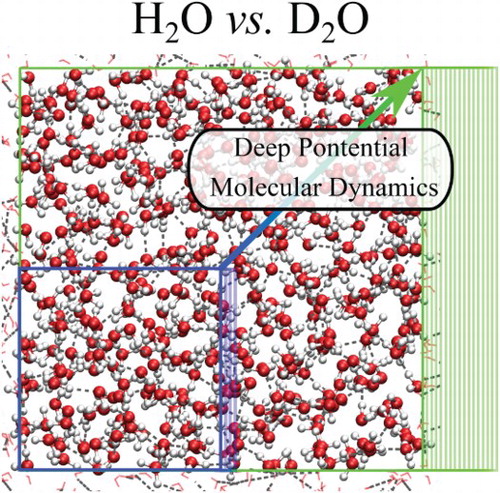